DLC for Minecraft Dungeons features additional content of the game that is not available with the regular edition of the game. DLC usually contains pre-order bonuses, free additional content, paid packs, and game expansions. This page covers all relevant information regarding the following DLCs that are released. 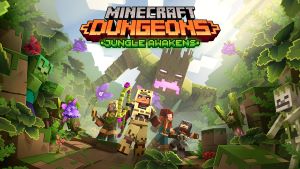 The Jungle Awakens DLC features a new tropical island to explore, a new threat, additional gear, mobs, and many more. This DLC was released on July 1, 2020. 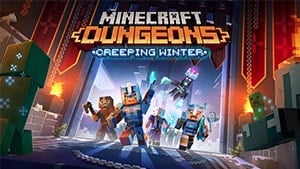 Explore a new land where a creeping winter spreads across and consumes everything it touches. This DLC was released on September 8, 2020. 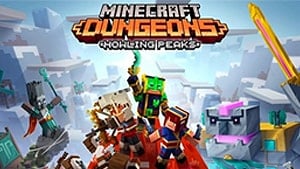 Danger awaits atop mighty peaks, and it will take a hero to stop the brewing storm! This DLC was released on December 9, 2020. 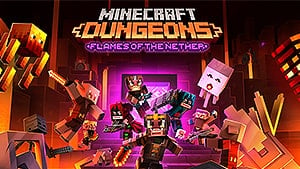 Flames of the Nether

The Flames of the Nether DLC will take you on a journey to the blazing heart of the Nether itself. This DLC is set to release on February 24, 2021. 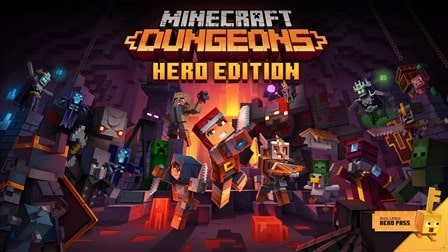 Minecraft Dungeons "Hero Edition" is now available digitally on Windows, Xbox One, Nintendo Switch, PlayStation™ 4, and Xbox Game Pass. The standard edition is available for $19.99 USD while the Hero Edition is for $29.99 USD. Alternatively, if players purchased the standard edition, they can purchase the "Hero Pass" for $9.99 USD.

The Hero Edition includes a Hero Cape two kinds of player skins, as well as a chicken that is a pet that is only available within Minecraft Dungeons.

For players who purchased the hero edition or hero pass, two new areas will be available in future updates which is Jungle Awakens, and Creeping Winter. New missions, mobs, bosses, and items will be added to the expansion.